BSN Nutrition N.O.-Xplode Pre Workout Powder is a supplement that gets a lot of word of mouth publicity. But not all of the word of mouth about it is good.

We’ve been keeping track of online chats about N.O. Explode, and we have to say it gets mixed reviews.

Some users say it gives them the jitters. Some men worry that it could interfere with their sexual performance.

And some users report that it makes them, how to put it, drop a deuce, “explode in your pants.” 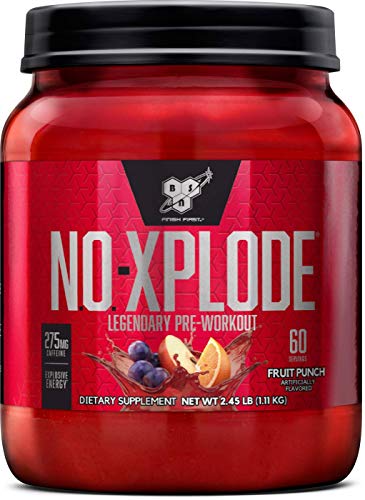 First of all, let’s address the issue of N.O. Explode diarrhea.

Not everybody will get diarrhea every time they use N.O. Explode. However, it can act as a laxative.

A problem may happen when you are already super hydrated, and you take N.O. Explode as the last item in a pre-workout stack.

Your gut may dilute the creatine in the product with water from your bloodstream.

Added fluid puts pressure on your gut and makes your stools looser.

The solution to this problem is to have N.O. Explode and then water (or water plus electrolytes). Don’t drink water and then N.O. Explode.

Or better yet, try the alternative I’ll tell you at the end.

There can also be a problem if you (1) take N.O. Explode before your workout and then at some point chug down anything ice cold.

Any drink just a few degrees above freezing hitting an empty gut will reduce circulation through your inferior mesenteric artery.

Having chemical-laden N.O. Explode in the lower part of the digestive tract concentrates the cold water and makes the problem worse.

In this situation, diarrhea is likely.

N.O. Explode Negative Side Effects Can Be Explained by Its Ingredient List

But what about the other reported problems with N.O. Explode?

Does it make you jittery?

Does it make your hair fall out? Are there lots of other N.O. Explode negative side effects?

And does it really work?

I decided the only fair thing to do would be to try it for myself.

It didn’t make me jittery. Neither did I lose any hair (or lose any more hair). No diarrhea, either.

As for sexual performance, well, I realized timing is everything.

I don’t know how N.O. Explode affects sexual performance because I didn’t want to find out. I’ll rely on second-hand reports of that issue.

You shouldn’t rely on one anecdotal report, even when an expert who doesn’t sell supplements is writing them.

But the reports of unfortunate experiences with NO Explode can be explained by its ingredients list.

L-Arginine is the ingredient in N.O. Explode that supposedly makes your body’s production of nitric oxide (NO) “explode.”

Your body uses L-arginine to make NO (Nitric Oxide).

Then NO dilates blood vessels throughout your body so they can carry more blood to your muscles for oxygenation and nutrition.

They also carry more blood to your skin to cool you off.

Here is the important question…

Can your body use the L-arginine in N.O. Explode to help increase circulation to your muscles during your workout?

The weight of the scientific evidence suggests the answer is no.

The granules of N.O. Explode that contain L-arginine have to be broken down by stomach acid. Then the digested L-arginine has to be pumped through a membrane in your small intestine into your portal hepatic vein, which takes it to your liver.

Once L-arginine gets into your liver, most of it is going to be used to deacidify your urine.

Only a small part of the L-arginine you consume with N.O. Explode will ever be available to create the Nitric Oxide that dilates blood vessels and increases blood flow.

You would need 30 grams of L-arginine infused directly into a vein to get a reliable effect on circulation to your muscles.

Smaller amounts of L-arginine don’t make a difference unless you take them every day.

If the product were 100-percent L-arginine, and it’s not, it would still not provide enough L-arginine to make a difference in your workout.

As little as 6 grams of L-arginine can make a difference in patients who have advanced cardiovascular disease. However, that’s not the standard for a successful pre-workout drink.

That doesn’t mean there’s never a reason to combine L-arginine with other ingredients in your pre-workout drink.

If N.O. Explode combined L-arginine with L-citrulline. the impact would be more positive.

We could expect on the basis of scientific evidence that the product would reduce lactate buildup during intense exercise.

It would allow athletes to work harder before experiencing a “burn.”

But N.O. Explode does not include L-citrulline.

Some people are not big fans of caffeine in their pre-workout supplements.

There is a very simple reason why:

Caffeine is a natural diuretic. It increases something called your glomerular filtration rate, or GFR.

That’s the speed at which your kidneys remove water and electrolytes, especially sodium, out of your bloodstream.

Caffeine is also in the same family as a group of chemicals called methylxanthines.

This group of chemicals includes not just caffeine but theobromine and theophylline.

Added to ephedrine, caffeine used to be a favorite natural ingredient in weight loss formulas (before ephedrine was banned).

Because caffeine opens airways, it’s sometimes used to help athletes achieve a burst of aerobic energy in competition. Caffeine can help you sprint faster for a few seconds.

But it can also interfere with the amount of muscle mass you gain from a resistance workout.

How can caffeine interfere with my muscle gain?

Muscles burn glucose. They can burn fatty acids. And they can create glucose from their internal store of glycogen.

Glycogen is a storage form of glucose. Each muscle cell combines water and glucose (sugar) to make glycogen.  There are four molecules of water for every molecule of sugar going into a molecule of glycogen.

When a muscle is at rest, glycogen is what bulks you out.

Immediately after a workout, your muscles are about 5000 percent more efficient than normal to make glycogen.

However, your muscles can’t make glycogen if you are dehydrated.

If you take a shot of caffeine right before your workout, a series of things happen.

The combination of sweat and increased urination deprives your muscles of water.

They will be dehydrated during that window of opportunity immediately after your workout to make glycogen.

So in short…Drink plenty of water!

Caffeine consumption reduces muscle building rather than enhancing it. But it might help you sprint better.

To be fair, N.O. Explode comes in a caffeine-free version. But caffeine is not the only problem ingredient.

Are there any ingredients in N.O Explode that could cause erectile dysfunction? It’s hard to say.

However, there is no scientific research linking N.O Explode to erection issues. From the forums I browsed and google searches, I found only one person complain from erectile dysfunction.

Nonetheless, sometimes no one knows you better than yourself. If you take N.O explode and experience erectile dysfunction talk to a doctor.

Is Creatine is a problem ingredient in N.O. Explode?

We understand how you could say “Wait a minute. We all know creatine helps you bulk out.”

However, be aware that creatine can have a couple of side effects on your body. Here are a couple below:

Likewise, it’s a little scary to know that creatine can cause irregular heartbeat in some people. However, there are not many studies to back this up.

Emblica, a great ingredient but not for a workout supplement.

Emblica, which is also known as the Indian gooseberry, is one of the primary tools of Ayurvedic herbal medicine.

It’s an exciting source of chemicals with potential anti-cancer activity.

And if you comb through the research literature, you can find a statement that “Indian gooseberry significantly boosted the performance of the athletes.”

The problem with the claim is the conclusion was made without any studies.

Or even any organized collection of athlete testimonials.

The reasoning was that emblica is a berry and berries are full of carbohydrates. Carbohydrates are important to muscle recovery, so emblica must be helpful for athletes.

This isn’t to say that none of the potential applications of emblica have been already proven in the medical literature.

There is strong scientific evidence that ointments made with emblica relieve mastitis (udder irritation) in water buffaloes.

It’s an effective ingredient in wrinkle removers. And used in the context of Ayurvedic medicine, it has an important role in treatment for many conditions.

But in your workout drink, not so much.

And N.O. Explode makes your hair fall out, too?

Among reported N.O. Explode side effects, hair loss is the least likely to be a problem.

It has effects comparable to the prostate drug Propecia, with the same side effects.

However,  it doesn’t make your hair fall out.

If not N.O. Explode, then what? 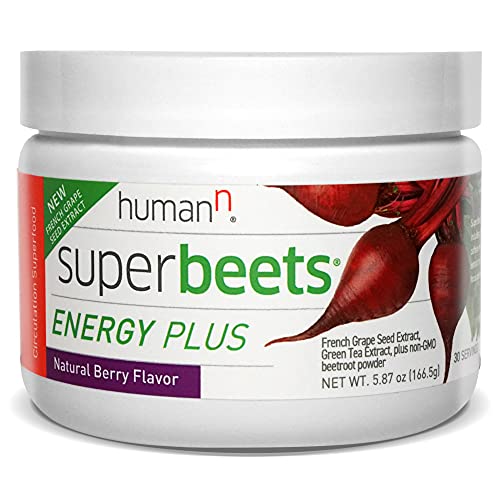 There used to be a cartoon character named Popeye.

Popeye would save the day with the super-strength he gained by eating spinach.

It turns out that there is a real reason for eating spinach and related veggies, like beets, before your workout.

Vegetables in the same family as spinach, including beets, provide Nitric Oxide.

Not L-arginine, but actual Nitric Oxide, ready to help your arteries open up for greater oxygenation.

In addition, Nitric oxide can help with less lactic acid buildup, and increases in both speed and strength.

There is an easy way to get the benefits promised by N.O. Explode in a work-out product.

It’s HumanN Superbeets, which you take before your workout.

Like L-arginine, the effects of humanN Superbeets are more dramatic the more you need to get in shape.

HumaN Superbeets can make a real difference in your competitive performance no matter what your fitness level.

Combine Superbeets with a Goldstandard whey protein post-workout, and your good to go!